Klosen / Blog  / What is Stamford Famous For?

What is Stamford Famous For?

Stamford is renowned for its history, architecture and charm. You’d be hard pressed to find an English town that rivals its historic limestone buildings or its beautiful Georgian architecture, which spans the length of its cobbled streets. Stamford is an architect’s dream simply because it’s home to over 600 listed buildings that haven’t lost their time or place in society.

Read our blog to discover the secrets of Stamford and learn how Klosen can help you seamlessly blend your 17th or 18th-century limestone home with modern aluminum windows and doors that add a touch of individuality. Request a quote today to add a touch of contemporary design and functionality to your timeless home.

At Klosen, we have over 25 years of experience working with Stamford architects, builders, designers and homeowners who want to preserve their property’s charm while adding a modern flair. It’s why we make installing custom aluminum fittings, doors and windows simple and hassle-free, regardless of the building’s age. From initial design and planning to implementation and care, we can help you enjoy beautiful bespoke windows and doors that leave onlookers speechless. Request a quote today to improve your home in as little as 5-6 weeks! 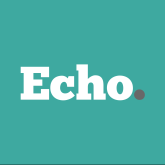